With Latin America and against its enemies! 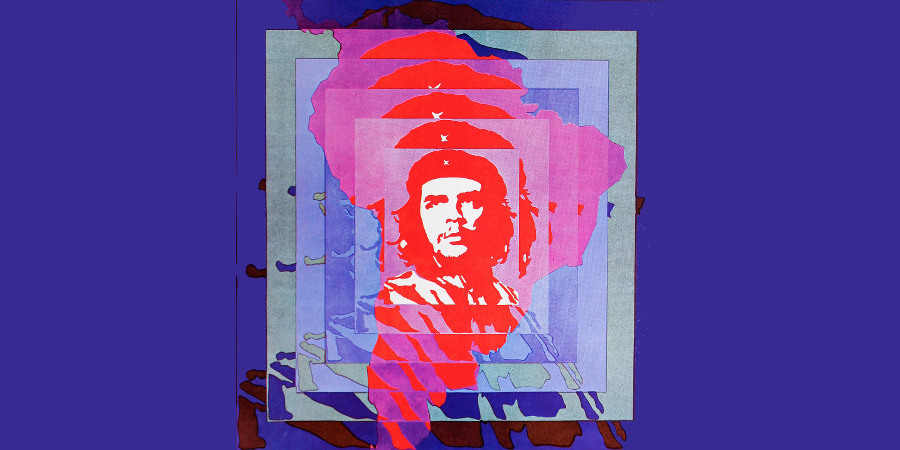 For a national political campaign

With last October’s elections in Brazil that saw Lula triumph by a narrow margin, an electoral cycle that opened in October 2020 came to a close. The surprising victory of the MAS in Bolivia-after the coup against Evo Morales in November of the previous year-and with the success of the Gran Polo Patriótico in Venezuela in the Assembly elections ( held a few weeks later) marked a phase change.

Since then, America’s political geography has changed radically, with a second wave of progressive presidents elected mostly by varied leftist coalitions – after the experiences of the late 1990s and early 2000s – , without the oligarchic right disappearing from the continent’s political landscape, nor stopping the attempts of Western imperialism to interfere. The changes we are witnessing at the political level are the result of both objective dynamics of the Capitalist Mode of Production in the development of the multipolar world, and subjective drives that have found an appropriate vector with which to change the power relations between classes in favor of the subaltern classes.

Luis Arce’s victory in the first round of the Bolivian elections achieved with a large popular participation demonstrated-in October 2020-that it was possible to turn the tide despite the climate of terror then reigning in the country, and to defeat the right-wing of Fernando Camacho, recently arrested for his coup practices.

A situation similar to that later determined in Honduras in November 2021 with the election of Xiomara Castro after a dozen years of neoliberal policies implemented by a narco-military regime, a satellite of U.S. imperialism. Honduras, not without difficulty, was able to resume the path taken by Manuel Zelaya in 2006 and brutally interrupted by the 2009 coup when he was deposed and expelled from his country.

Venezuela’s election victory demonstrated then-in November 2020-that a political process could be consolidated, despite the effects of the embargo, to which the country was subjected and the repeated attempts by the U.S. and EU to delegitimize electoral processes.

A situation in some ways similar to that of socialist Cuba, which had been undergoing bloqueo for more than 60 years, or that of Sandinista Nicaragua.

As we wrote then, speaking of the election results in Venezuela: “the ballot box sanctions the tightness of the Bolivian process by projecting it forward, with a possible “flywheel effect” for that new progressive wave that, in different forms, is asserting itself in Latin America: Argentina, Bolivia and Chile, as well as for those struggles in Peru and Guatemala that are questioning the legacies of a dying neo-liberalism.”

At the time, despite the measures imposed by the pandemic, we were carrying out a cycle of virtual initiatives in various cities through the political campaign “America: between socialism and barbarism,” which had sought to give voice to the reasons of a continent – first and foremost Cuba and Venezuela – that did not bend to the destiny designed by the U.S. and the ‘European Union.

The process that has since unfolded, absolutely “non-linear” and fraught with obstacles, as the various mostly defeated – but sometimes victorious – attempts at coups by “judicial route” or through traditional manu militari destabilization attempts by the U.S. and its allied continental oligarchies have shown.

Sometimes, as in the recent case of Peru, coup plots have cloaked themselves in a façade of apparent legality only to give rise to a veritable bloodbath against opponents: nearly 50 people murdered within a little more than a month of the ousting of Pedro Castillo, who was elected in the summer of 2021.

But even on the electoral level, not everything went smoothly.

A first conspicuous setback was undoubtedly the victory of Guillermo Lasso in Ecuador in the second round of the presidential election, against the challenger of the progressive alliance Unión por la Esperanza (UNES) Andrés Arauz, this despite his considerable popular support and success in the first round.

Then among the first to congratulate Lasso, who succeeded the “traitor” Lenin Moreno, were two presidents destined to end up in the dustbin of history after being pressed by powerful social movements: Iván Duque for Colombia – the last man of Uribism – who was succeeded last summer by ex-guerrilla Gustavo Petro and Sebastian Piñera, who was succeeded by Gabriel Boric – a former student leader – who won in the second round of elections in December 2021, to take office in March the following year.

A second stop was-along with the elections for the “partial” renewal of the Argentine parliament in November 2021-the rejection by referendum, of Chile’s new constitution in September last year.

In November 2021 we were among the initiators of a united appeal for political initiative alongside Latin America: “Latin America is a hope for humanity,” which was also born out of the momentum of the successful mobilizations against the destabilization attempts warped in Cuba by the anti-Castroists and supported, even in our country, by Cuban fascists.

That appeal began by stating: “solidarity with the processes of emancipation in Latin America must become a central axis of the political initiative of the communist, progressive and sincerely democratic forces of our country.”

In the following months, until now, we have been faithful to the spirit of that call by promoting and supporting-along with several Latin American comrades and comrades-in initiatives to confront and support such emancipation processes to which a web of local and international powers, is opposing as the recent cases of Brazil, Peru and Bolivia show us.

It is clear that a multipolar world is taking shape and that the Latin American continent could once again become an example of disengagement, or greater autonomy, from Euro-Atlantic imperialism. A continent that could be at the forefront of advanced achievements in what concerns social, environmental policies and the expansion of individual rights — and peace — for the entire planet.

That is why as the Rete dei Comunisti, Cambiare Rotta – organizzazione giovanile comunista and Organizzazione Studentesca d’Alternativa (OSA) we want to promote in the coming weeks, a series of meetings and initiatives to politically flank these progressive transitional processes and fight attempts to annihilate them.

We are perfectly aware that support for Latin America must be built in the broadest and most unified way possible, and that qualifying moments of confrontation and common initiative must be found at the national level.

With Nuestra América and against its enemies!
Against Euro-Atlantic imperialism!
For the Socialism of the 21st Century!