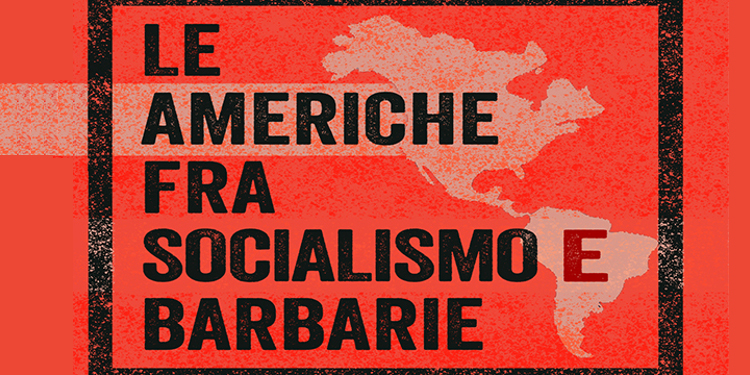 As Rete dei Comunisti we’ve organized this series of debates aiming to analyze adequately the next elections that will be held in what once known as the New World (from the United States to Venezuela, from Bolivia to Chile) this fall inside a context of transformation in the whole Continent relating ourselves to the historical phase we’re living in.

For decades, the Capitalist Mode of Production has been in a systemic crisis from which it hasn’t been able to get out. As the push for the expansion of global markets created by the implosion of the Soviet Bloc and the opening of China in the 90s expires, the difficulties to valorize capital become harsher, which creates a series of contradictions whose effects are more destructive than ever, from financial instability to the tendency of war to be widespread rather than confrontational, from the environmental crisis to the health one. This inability to generate enough profit to calm the instincts of capital manifests itself in the West as a lowering of the standards of living of the greater part of the population, which receives a slice of a cake that gets smaller as time goes by. This has progressively eroded the hegemonic ability of the ruling classes, exacerbating society’s internal fractures that appear cyclically in various ways depending on the specific situations.

In this moment, in no other Western country those contradictions are unfolding in such a patent way than in the United States. After competing for the title for worse-COVID-19-managing country with a few dozen other nations and experiencing the worst GDP contractions of its history (-32.9% in the second quarter of 2020), the United States are getting closer to the 11/3 elections in a civil war atmosphere. The situation has never calmed down since the start of the protests which erupted after the usual brutal police murder. The raging Black community soon found itself intertwined with other minorities who were already hardly hit by the coronavirus pandemic (more than proportionally compared to their demographics), but also with whole parts of white working class impoverished by deindustrialization and the crisis. Strikes and important events in key sectors such as logistics and the gig economy showed the cracks throughout a social peace which lasted for decades, while authorities’ response has been extremely violent, as Trump reached the point of deploying federal forces in the most problematic cities even against the opinions of the local administration. The social rift between the various souls of the country has shown itself in all its violence, getting to direct confrontations between protestors and far-right armed militias, these ones naturally supported in fact by the police.

This social disgregation that acts on multiple levels (both vertically between the establishment and the ruled, and horizontally throughout the working class, but also in part throughout the bourgeoisie) is, as we were saying before, the product of the inability of capitalism to get through its systemic crisis, but it has peculiar conditions regarding the United States due to its recent past and its leading role in the global governance. Indeed, the country watches its global hegemony gradually shrink and with it the ability to pour out abroad the contradictions that develop inside it. After the collapse of the bipolar world, the United States have maintained global leadership in the primary strategical sectors (military, finance, natural resources, technological innovation), but right now the American primacy, still an objective fact, is definitely eroding itself in all of those areas minus for the military.

This dynamic has significant consequences, not only in the aggressiveness that the American foreign policy is putting in place, but also in the redefinition of the international value chains. In the 90s, the United States had found in China a reserve of disciplined and low-wage labor that was fundamental for the cycle of growth set up during those years. But in the last years, China is identified much more as an enemy rather than a competitor, and the American ruling class has began considering having so much of its own production delocalized in enemy territory as strategically unsustainable. That’s also way the topic of re-localization, one of Trump’s leitmotifs during his first campaign trail, has strongly appeared in the American discourse in the last years.

It’s important to stress that according to the US strategic perspective, when we’re talking about bring back production to America, we don’t just consider the American territory, but the whole American continent.

The intention to widen its own supply chain towards south was. in the 90s, the focal point of NAFTA (replaced by USMCA this year), a free trade agreement with Canada and, above all, Mexico, that had the goal to expand itself towards all the countries of the continent through the FTAA/ALCA (Free Trade Area of Americas) project. The last one was later abandoned, as well as thanks to the opposition in all those countries that would later organize themselves in the ALBA, also because transnational capital had found a much more favorable environment in China.

We need to analyze the renewed sharpening of class conflict in the last few years in Latin America in the context of a revival of this imperialist project, as well as the desire to freely guarantee itself the primary resources the continent is rich in.

In the last few years, the global economic difficulties, in conjunction with the renewed strategic interest by the US for what it’s considered as its “Backyard” (not that it ever went missing, let us be clear) have created situations of prominent instability in various Latin American countries.

Those situations are none other than bricks of a continental class conflict in which the US-controlled oligarchy collides with popular sectors who have seen their standards of living drastically increase in countries where a historical progressive cycle, now under attack, was set up at the end of the last century: the coup d’etat in Bolivia; the repeating and increasingly more violent attempt to destabilize Venezuela; the large popular demonstrations in Ecuador and, above all, Chile, the country which has been, most of all, a field of social experimentation for the infamous Chicago School since the Pinochet years; the return to armed struggle by some FARC factions in Colombia, following the incessant and unpunished massacre of cadres and trade union activists by the hands of drug traffickers and fascists; the golpe bianco in Brazil, Bolsonaro’s electoral success and the ongoing mass slaughter caused by coronavirus. Only within this continental clash we can frame the next electoral process: the elections in Bolivia and Venezuela and the constitutional referendum in Chile.

Today, this clash propels us to assert that that the choice is between “Socialism and Barbarism”, borrowing from the historical communist slogan “Socialism or Barbarism”, where socialism is concretely present in Latin America and barbarism is also concretely present in the United States. In short, the southern continent has become the weak link of modern-day imperialism, and not only the north American one.

The situation is indeed significantly different compared to the one in the 90s, when the US could impose NAFTA without any kind of hurdle. First thing first, on a global level, we don’t find ourselves at the beginning of a phase of expansion anymore. But we’re absorbed in an economic and social crisis, whose consequences are felt deeply in the heart of the empire, as we were saying.

As a matter of fact, the United States are not the only actors on stage: let’s just think about the support the Russian Federation has given Venezuela during all these years, or the Chinese-funded Nicaragua Canal project, that is going to compete against Panama’s. To all of this, we need to underline the determination of the peoples of Latin America, who have shown a fierce resistance and an ability to counterattack in the past years. At last, we need to stress how the ongoing pandemic is bringing out the necessity of an alternative to the current system, by pointing out the failures of capitalism. By this point of view, examples of pandemic management by two countries under embargo and sanctions like Cuba and Venezuela are a snub towards the barbarity that progresses.

In conclusion, within this general context we propose the planning of a series of debates in territories where there’s interest and the conditions to create it. 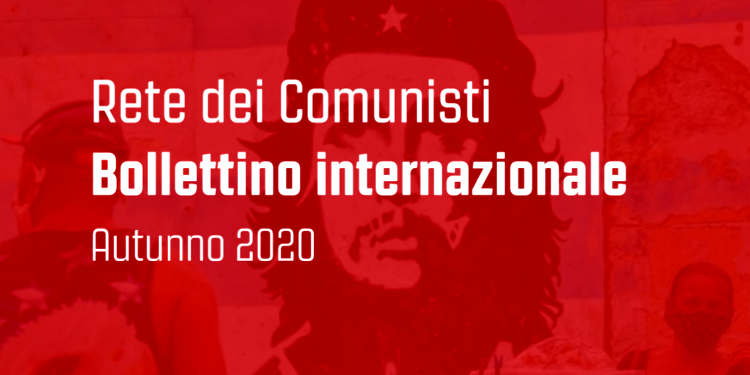 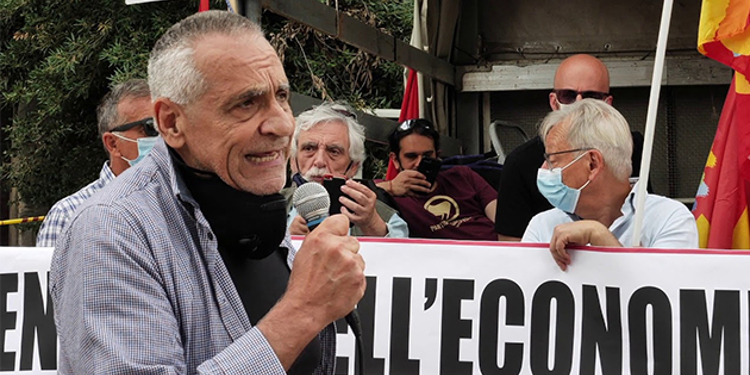 An analytical point for strategic discussion 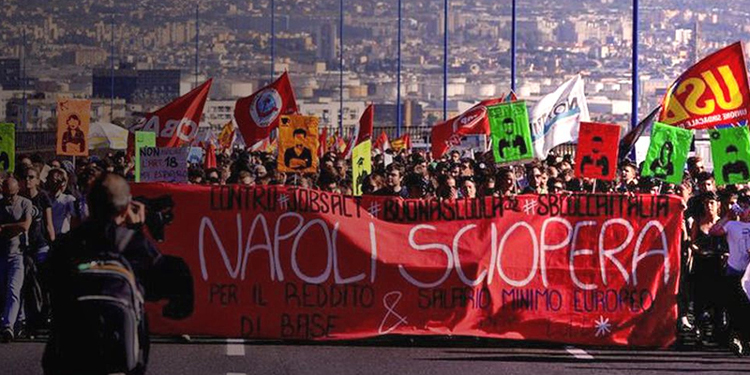 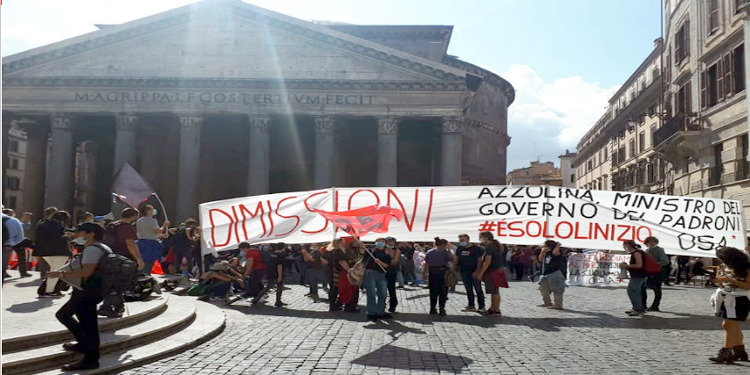 Mobilization of 24/25 September and beyond 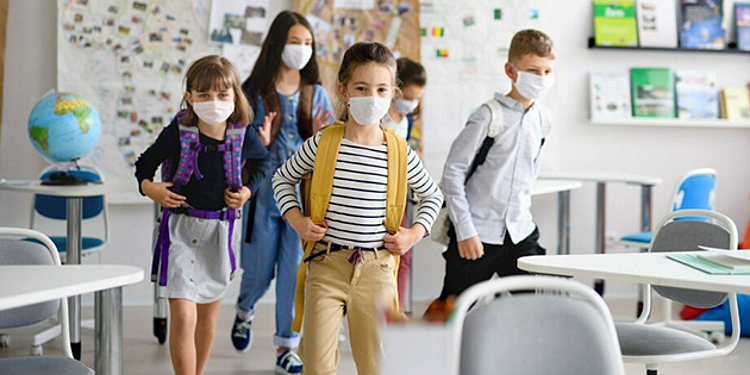 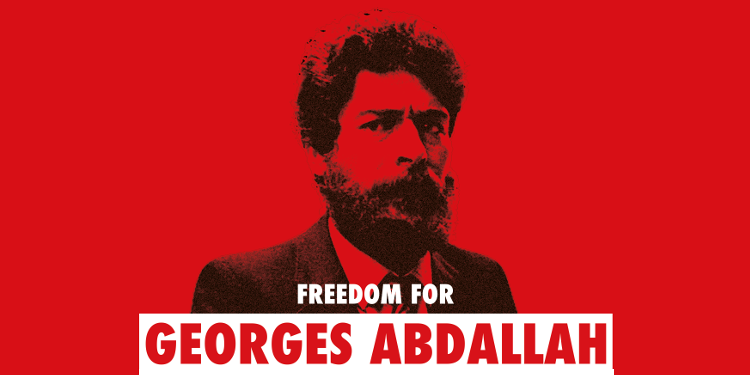