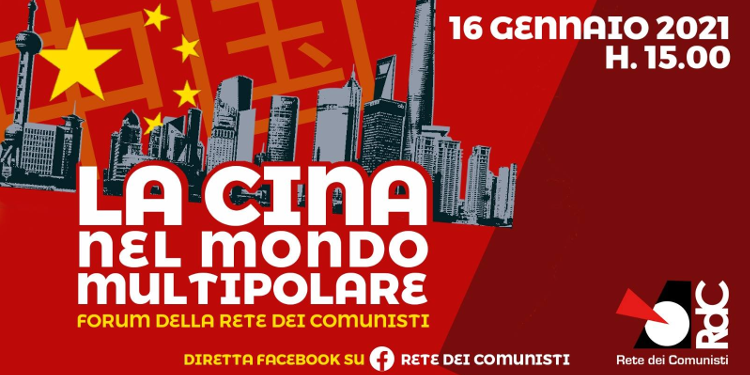 About seventy years after the birth of the People’s Republic, we think it is urgent to discuss the role that the Asian country plays in the scenario of a “new type of cold war” that is emerging on the horizon, and to develop a wide-ranging reflection on the trajectory of the path of socialism with Chinese characteristics as it has actually been realized. With the triumph of the Chinese Red Army in the civil war against the Kuomintang, in 1949 the country definitively exited the feudal period and rejected the restrictions that for more than a century the various imperialisms had placed on its sovereignty, projecting its people in the direction of a transition to socialism – at that time and for about a decade alongside the Soviet Union – still not concluded.

After having been one of the favourite morsels of imperialist appetites and a semi-feudal country with a despotic political system, even if formally democratic, China began a period of transition that was absolutely non-linear and not devoid of significant political turmoil as a result of both the class struggle and the international context. In fact, the CCP’s course of action was immediately threatened by events and processes that forced it to make unplanned choices. Today, China has assumed, at various levels, a leading role on the international chessboard, in a context in which the balance had already changed before the pandemic emergency. China is the main commercial partner for 130 Countries and Regions, it has started a strategic partnership with Russia and is about to start one with Iran, it is one of the “big shots” of the most extensive free trade agreements of all times – the RCEP – from which the United States is excluded.

It is a point of reference at many levels for a series of countries that wish to emancipate themselves from what has been called “the underdevelopment of development”, thus coming into conflict with the traditional sphere of influence of both North America and Europe in Latin America and Africa

At the same time, China’s role in the international community, and especially in some contexts – such as Africa – remains “problematic”, given the impact that the massive investments made by the People’s Republic and the heavy use of its workforce in situ have on many countries. While the entire Western world seems to come out with broken bones from the pandemic test and a “second wave” is affecting the EU countries – with the United States and its allies (Brazil and India in primis) that have never seen the glimmer of an effective containment of the virus – China seems to be on the way to recovery, but in a changed economic context and deeply marked by the vulnerabilities of the ” economy-world” emerged during these months. A context that will certainly change its profile up to now in the era of neo-liberal globalization. China has been a conscious co-protagonist of this past phase, assuming the role of world factory, after the decisions, from Deng and onwards, of controlled introduction of the capitalist mode of production and opening up to the world market: low Chinese wages in an internationalized production chain have been fundamental in lowering production costs for western multinationals. Moreover, the expansion of the domestic market for the middle and upper classes who had most enjoyed the benefits inherent in China’s inclusion in the world economic cycle opened new outlets for the products of chronically stagnant Western economies.

China seemed up to a certain point to be a loyal ally of Washington, at least since its entry into the World Trade Organization in 2001. After the 2007-2008 crisis, in some ways, the country was a lifeline with its anti-cyclical policies based mostly on public capital investment in infrastructure for a struggling world economy.The articulation of the ambitious project of the “New Silk Road” – aimed at projecting its power in the world – in order to find an outlet for its surplus of goods and especially of capital, however, has caused agitation in the other major geo-political players for the consequences that its realization could bring. These choices were only the last phase of long-term strategic options – gradually rectified over time also due to social conflicts and internal power struggles – which have allowed China – thanks to the transfer of technological capabilities and intensive exploitation of its workforce – to develop a modern and integrated industrial system. China has gone from being a country of the “integrated periphery” to a subordinate role to one of the major world players, which brings it today objectively in contrast – willingly or not – with the two major imperialist poles, the US and the European Union.

In any case, the social consequences of the process of capitalist accumulation initiated in the 1990s, which have partially dismantled what were the acquisitions of the Revolution and its following developments, cannot be removed. The contradictions produced by this “turning point” have produced, at different times and on different fields, effective reactions on the part of the social body – one thinks of the struggles against the privatization of agricultural land and those of the factory workers who worked for Western multinationals – and developed some significant contemporary distortions: social polarization, corruption within the Party and the Army, the ecological crisis and, not least, a certain “depoliticization” of the subordinate classes due to the permeability to individualistic and consumerist values.

Today, the Asian country faces a series of challenges for world hegemony, not only completing the gap that distanced it from the United States and the European Union, but directly contending, in some fields, the strong points through which these two blocs had historically established themselves.

The successes it can boast are the result of the choices of the Chinese Communist Party, which have planned a model of development in which the strategic sectors are increasingly in the hands of the public and a social organization in which the “intermediate bodies” have not evaporated as they have in the West, an ethnically homogeneous and relatively cohesive society with a partial inversion – in recent years – of what seemed to be the orientation consolidated by Deng’s reforms after Mao’s death. The trade agreements with the United States, signed in early 2020, seemed in part to resurrect, after two and a half years of trade war, a fruitful mutual accord, in a context in which, however, there remained many unresolved frictions between the two super powers, as was evident from the NATO Security Conference in Munich. Trump’s statements about the “Chinese Virus” were the contingent and necessary gesticulation of the North American President to legitimize a resumption of the all-out hostility that still lingers, and not just a way to divert attention from his administration’s disastrous handling of the pandemic.

As far as the response of the People’s Republic is concerned, what seems to be asserting itself today is the protection of its sovereignty as an inspiring principle that guides an assertive and intransigent diplomacy towards foreign interference on issues that the country considers vital and that does not discount anyone. Long gone are the days of the “unanswered ” bombing of the Chinese embassy in Serbia during NATO’s war of aggression in the late 1990s! This “tougher” attitude finds a mass consensus and – together with the effectiveness in fighting the virus and its social consequences – is a considerable source of legitimacy of the current leadership, whatever the Western “commentators” may say. This clash with the West, regardless of the subjective will of the actors involved, is a necessary consequence of the contradictions generated by the adoption of the capitalist mode of production by China, which now finds itself deeply integrated within a system that has been in a systemic crisis for years, which cyclically manifests itself in different forms, but which depends on a tragic inability to adequately valorize capital. Contradictions that do not allow for loopholes and cannot be resolved with only partial adjustments to the path taken after Mao’s death.

This has created a crossroads in front of which the CCP must choose whether the prospect is that of a policy of a world power tout court, chronicling the most obvious distortions produced internally and assuming the role of one of the poles of inter-imperialistic competition, or that of proceeding – or rather resuming at a more advanced level, given the current development of productive forces in China – on a socialist path that seeks to positively resolve the contradictions produced so far, moving away from a social model irreparably in crisis

If this were the case, it would become an essential reference point for the rest of the world, including the Western subordinate classes, orphaned – for now – of a credible alternative system able to fight on equal terms against U.S. and European imperialism.

For this reason, as Rete dei Comunisti, we want to propose a wide confrontation, starting with a forum on the various aspects of the axis of reasoning that we have tried to outline in these few lines, in order to offer adequate interpretations and develop a consequent positioning that characterizes the politics of communists in our country.

Index and schedule of interventions 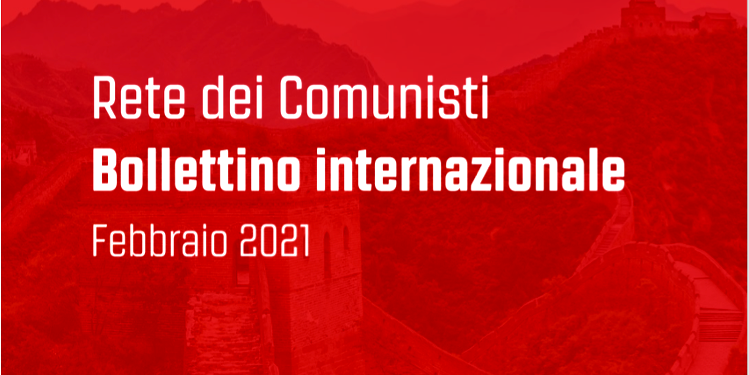 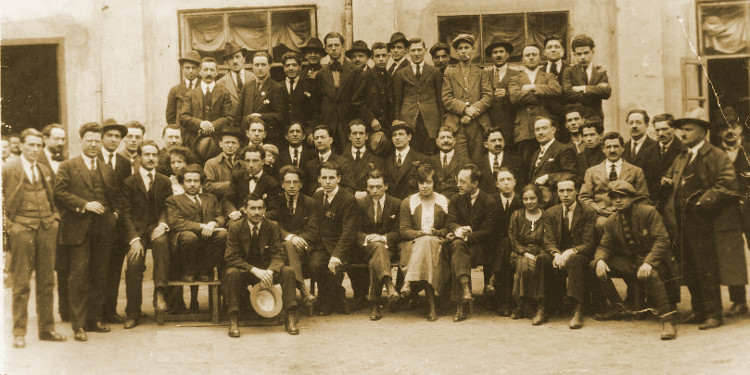 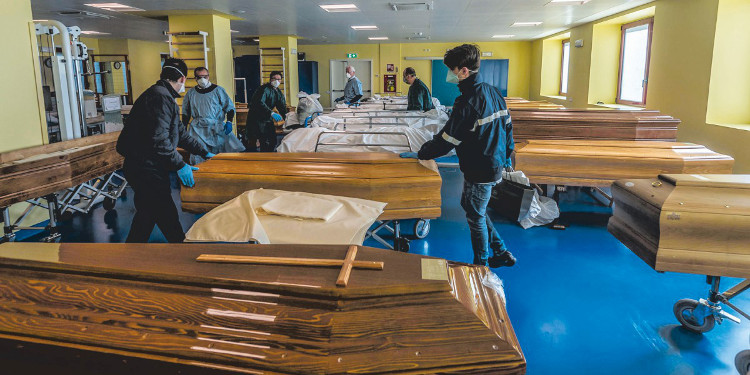 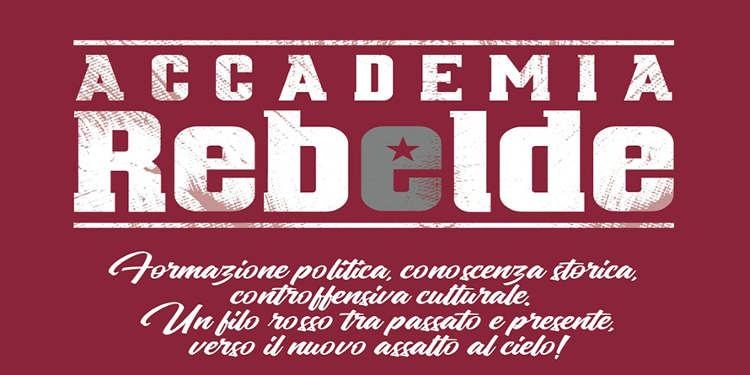 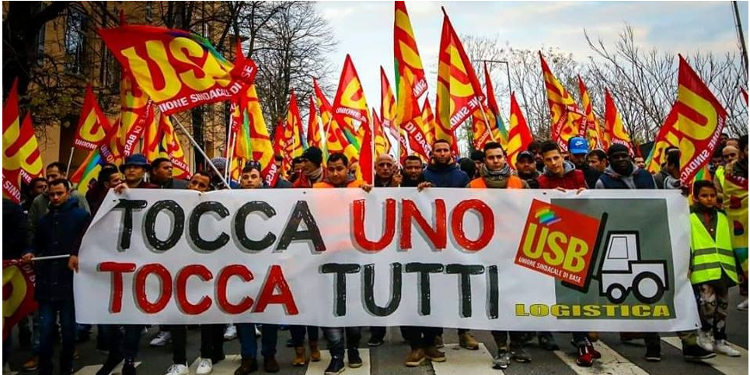