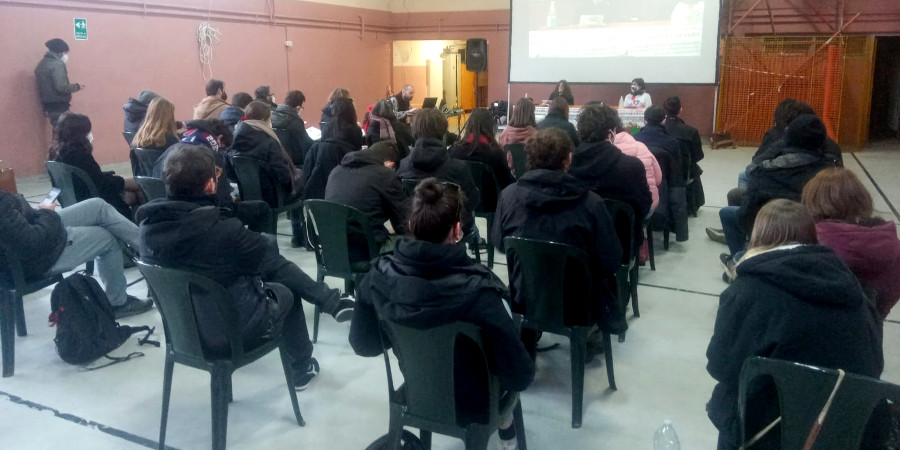 On Sunday 6 March, the first meeting of a national campaign in solidarity with Latin America was held at the Arci Guarinelli club in Bologna.

The sense of this initiative was underlined at the end of her speech by Mila Pernice, who introduced the work: we believe that there are the conditions for a strong political campaign in support of the processes underway in Latin America, we believe it is time to build a national mobilisation on these issues because those processes indicate a direction that we feel the need to accompany and support, because the only possible direction is the one that goes towards the overthrow of the capitalist system and its imperialist policies. Why not, in the wake of the construction of socialism in the 21st century.

This first and participated meeting served to get an overall picture of the various countries of Nuestra America, thanks above all to the voices of the many Latin American comrades living in Italy, and to hypothesise a first political agenda for the campaign that will be enriched and more detailed in the months to come.

The picture was completed by Luciano Vasapollo’s contribution, which focused mainly on Cuba and Venezuela, showing the overall challenges of the socialist transition in a multipolar world in rapid transformation and where war, unfortunately, seems to have become once again one of the main tools for solving intercapitalist competition.

The Cuban and Venezuelan situation was also addressed and deepened by Indira Pineda, a political activist of Cuban origin working at the Venezuelan consulate in Naples, and by Adres Barreto, who clarified the meaning and importance of the PSUV Congress currently taking place and drew attention to the struggles on the right to housing, of which he is a promoter, in Italy.

The contribution of the Youth Communist Organisation Cambiare Rotta and OSA, intervening with Eva Olivero from CR, recalled – among other things – the vanguard role played by the youth component in triggering powerful Latin American social movements, such as in Chile, and the role played by Cuban youth organisations first in the difficult fight against the pandemic and then in annihilating the failed attempts at destabilisation last summer.

Mila Pernice, from Rete dei Comunisti, introduced the meeting and chaired it with Guadalupe Aguilar, a cultural mediator and international activist of Bolivian origin.

Giacomo Marchetti, from Rete dei Comunisti, concluded by reviewing the meaning of the initiative in the current context and relaunching the initiatives that will characterise the Campaign in the coming weeks.

The first series of initiatives will concern the Colombian elections with the elaboration and dissemination of a series of in-depth materials. The Colombian situation, mentioned in several speeches, was deepened by Eder Obando, representative in Italy of the Coalition of the Histórico Pact, which will choose its candidate and his deputy to the Presidency in the primaries to be held, at the same time as the political elections, on 13 March.

He complemented his speech with the screening of the first episode of the first season of the webseries Matarife, based on the investigative journalistic work of Danilo Mendoza Leal, shown for the first time in Italy with Italian subtitles for this meeting.

In the coming weeks, the promoters of the campaign will be showing this documentary in various Italian cities, which, as has been mentioned, was the ‘straw that broke the camel’s back’, contributing to a greater level of awareness of what the Uribe system has been.

These initiatives will be important moments of awareness and confrontation, to support the electoral challenge of the Pact towards the presidential elections in May.

Colombia is the only country in Latin America that has been integrating the Atlantic Pact since 2017 and has recently expanded the spectrum of its collaboration with NATO.

The second set of initiatives, the timing and manner of which will have to be decided, will concern support for progressive forces in the presidential election campaign in Brazil in October.

The situation in the country was well illustrated by Frederico Ronconi, an activist in the anti-asylum struggle and a member of the Brazilian Communist Party, who emphasised the need for popular mobilisation and the clarity of the class agenda that commits the progressive forces, primarily the PT, in the current Brazilian political situation.

A third moment on which the campaign will focus is the launch of a national day of mobilisation for 12 October this year, a sort of ‘No Columbus Day’.

In the words of Mila Pernice’s introduction: as a coordination around the campaign, we want to launch an idea for a national appointment, in the autumn, a No Columbus Day that would fall after the first round of the presidential elections in Brazil, on the date when, as Eduardo Galeano wrote, ‘Latin America discovered capitalism’ with all that ensued.

An appointment to be built, but absolutely necessary.

If these are the main axes on which the campaign will be structured, it is clear that particular attention will be devoted to monitoring and supporting both the trajectory of the transformation processes in countries that have experienced a progressive turnaround, such as Peru, or that after a parenthesis have resumed that path with even greater vigour, such as Bolivia, as well as countries, such as Ecuador, struggling against a fierce neo-liberalism “back” and looking at future elections as a chance for redemption.

In this sense, the interventions of a comrade from Peru Libre Guizela Alarcon and Luis, and Gabriel Caisaletin, a political activist from Ecuador, were precious.

In the coming days the recording of the individual interventions of the meeting, which was broadcasted on Contropiano’s YouTube channel, will be available.

While the winds of war are blowing impetuously, we think that a first important step has been taken in the direction we had hoped for, aware of the need to continue the widest possible debate on a continent that is a hope for Humanity. 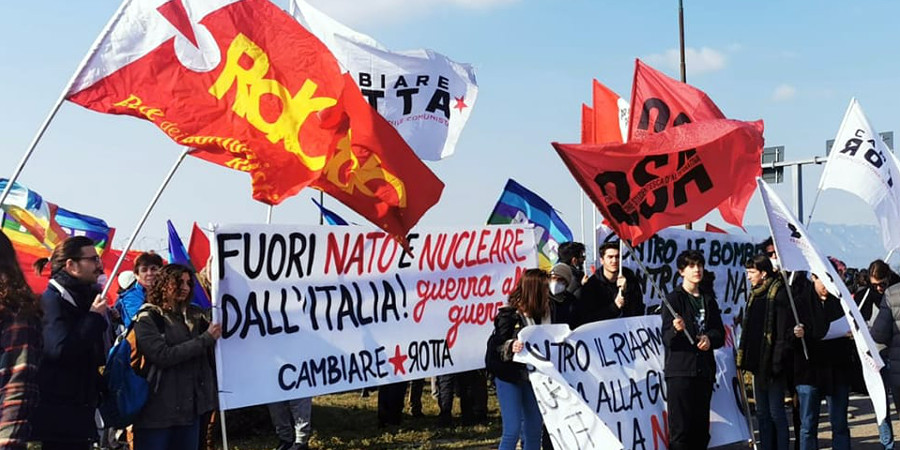 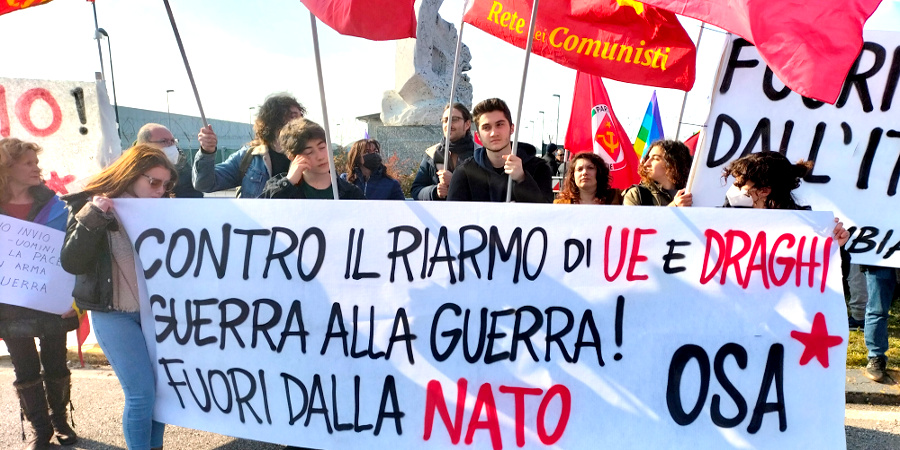 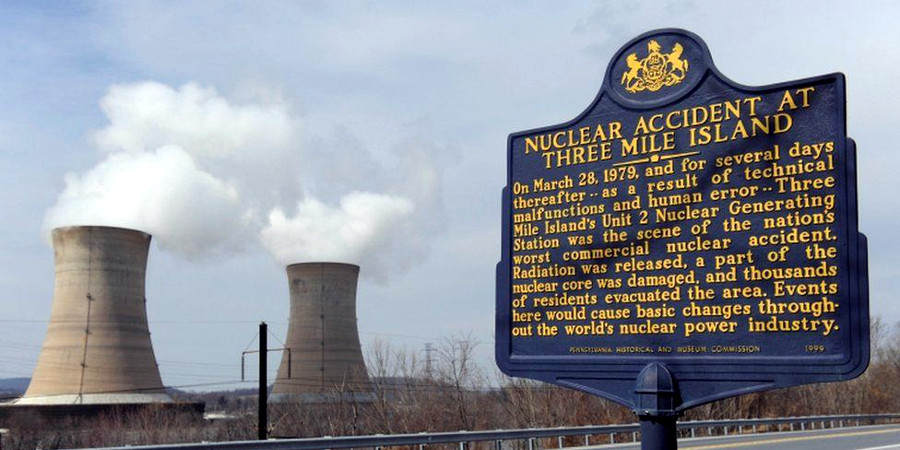 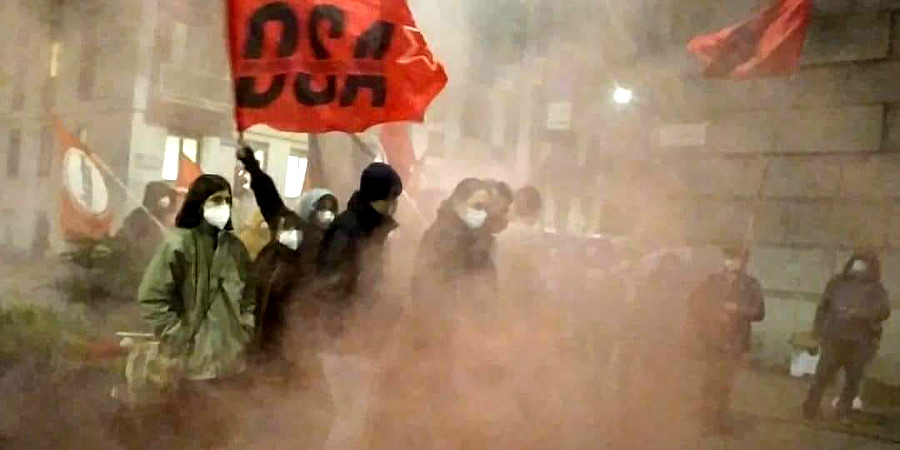 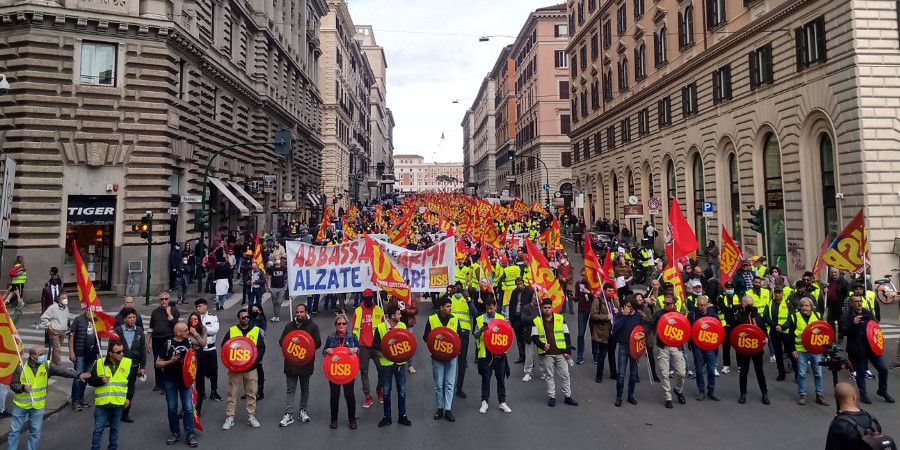