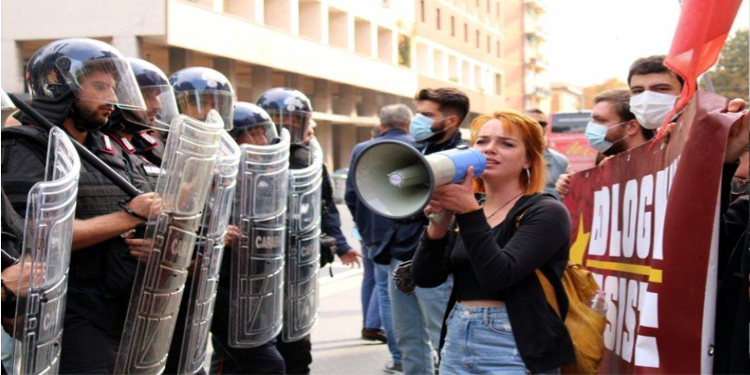 Interview with Marta Collot, candidate for mayor of Potere al Popolo in Bologna.

We are now at the close of this campaign for the municipal elections in Bologna. What is your assessment of the Potere al Popolo election campaign?

Definitely positive! Apart from how many votes will come in, I think we have managed to represent in these elections the voices of those who have no voice in this city.

There is still a lot of work to be done, but we can be satisfied because in a competition that was asleep because of the obvious victory of the PD, we have raised contradictions that have obviously left their mark. Let me give two examples. At Salvini’s rally in the San Donato working-class neighbourhood, our counter-demonstration gave a voice to residents who were tired of exploitation, and this voice was covered by all the media. In the central Piazza Verdi, our assembly on the needs of young people, held with the comrades of Cambiare Rotta, received a response from the League itself, which organised a counter- initiative literally overnight.

With which social sectors was the dialogue on the Public City proposal easier and with which more difficult?

Perhaps the most natural dialogue is with young people. Even though many of them do not live in Bologna, the problems of rent and job insecurity add up to the problems faced by young people, which makes it necessary for us to communicate directly, regardless of the possibility of voting. The most difficult one is with the suburbs abandoned by official politics. It happens that we are greeted with the classic: ‘You are brave to show up just for the elections’, but we can be consistent in our break with the PD world

In your city, what does it mean to put forward the alternative vision of a Public City? With what material interests does it come into open conflict?

It is precisely that PD world that has always governed Bologna and formed a closed system. It is not only the PD, but also the gangs of bosses disguised as cooperatives, the complicit unions, and the foundations.

A few days ago I had a meeting with the Alliance of Italian Cooperatives, which was proposing its programme document to us. You can imagine their faces when I said that the aim is to internalise all those public services on which the ‘cooperatives’ base their business.

We registered the usual complaints about the fact that there was no ‘single’ left- wing list for the municipal elections. Why was this not possible?

We have always avoided stirring up public controversy, but we believe that the difference in terms of the intensity of the campaign, social referents, and street attitude has all been seen. We don’t like the presence of more than one ‘communist’ list, but we know that a ‘unitary’ list that fails to act because it is always engaged in internal diatribes is certainly worse.

After the elections comes a general strike, that of 11 October. How have these two dates interacted in your political action?

The construction of the general strike was a strand of our campaign. Practically every day we beat commuter stations and workplaces.

Carrying out this piece of the campaign is not just a question of political will, the fragmentation of work means that it is not just a matter of limiting ourselves to the proverbial “factory gates” (which have to be done, and no one thinks they can save themselves the trouble of getting up to go on the first shift!) but also of finding canteens and restaurants that gather workers together for lunch.

As in the electoral field, the centre-left has created a desert of distrust in the trade union field. The break with trade union complicity is an element on which to build credibility.

In your opinion, what does this electoral experience leave in terms of the social sedimentation of Potere al Popolo in your territory?

The assembly of Potere al Popolo comes out of this election campaign with more comrades active in more neighbourhoods. Where we were already present, we have strengthened our presence and links with the realities of the territory. In other areas, such as San Donato, which was at the centre of the usual security campaign, we were present as individuals, we managed to organise political initiatives and also acted as a megaphone for the concerns of a part of that neighbourhood.

We come out of this campaign with more dialogue with the working classes of Bologna. And with the awareness that from the day after the elections there will be a lot of work to do. 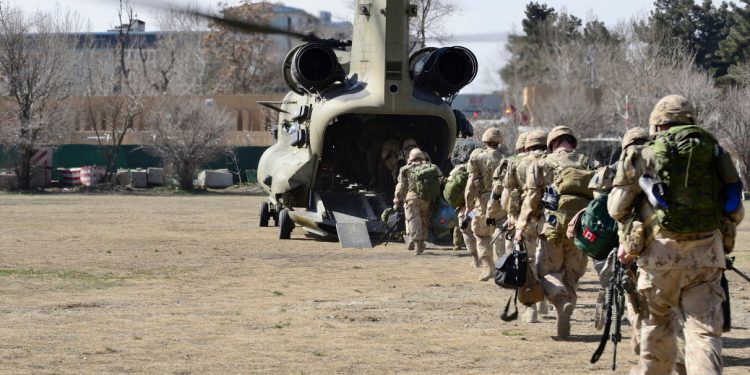 The finger in the eye… on Afghanistan 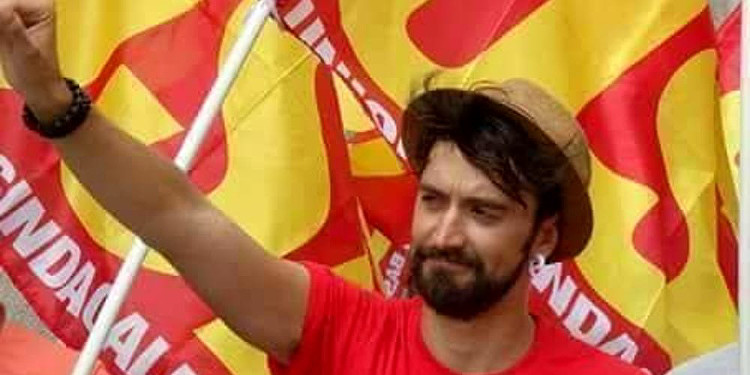 Affecting through conflict and the creation of real power relations 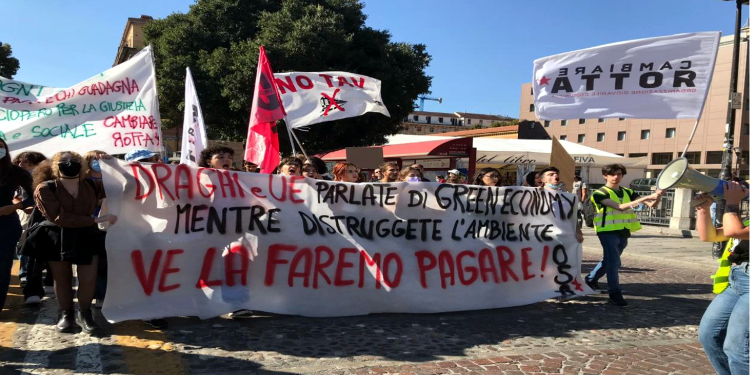