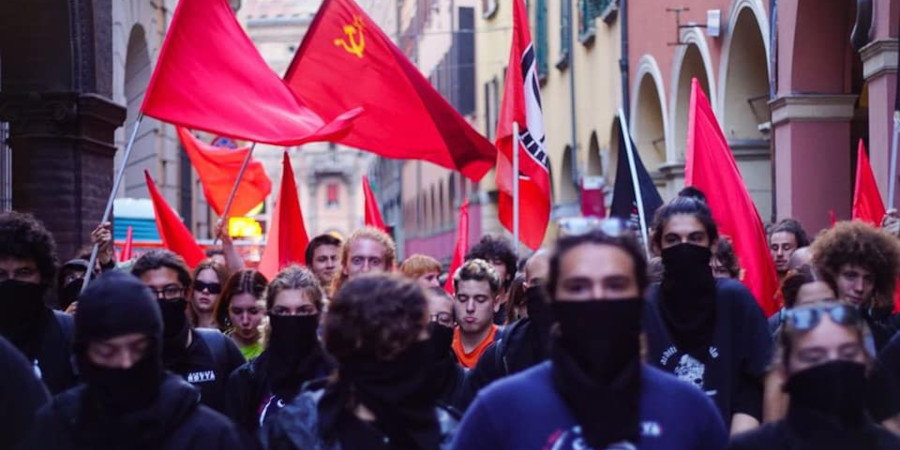 Yesterday evening in Bologna, hundreds of antifascists marched through the streets of the city in a compact manner, shouting ‘NO PASARAN’, a clear and determined watchword in response to the aggression that took place on 4 May. A popular procession, with great youthful protagonism, brought as far as Porta Maggiore, the site of the violence, clarity and anger, two indispensable elements to begin to organise the force and respond blow by blow to the first signs of a new Nazism. The messages of solidarity that arrived from comrades and comrades from different cities and the composite presence of Bologna’s antifascist realities show us a road ahead, all to be built. Ineffective or out-of-date anti-fascist liturgies found no place in an attentive square, which had the task and the will to give a real answer to the Nazis who try to raise their heads in our neighbourhoods with intimidation, violence and threats.

Last night’s was a square that receives the baton of a militant anti-fascist tradition, because anti-fascist practices live by virtue of the red thread that connects their experiences, in both a geographical and historical dimension: from the Italian Resistance to the Spanish Civil War, which has given us its watchwords, as clear and effective yesterday as today, No pasaràn; from the anti-imperialist movements and parties in Latin America to the popular resistance in the Donbass. These examples teach us a response deployed by class forces, but our task is to read the tendencies taking place now. For this reason, the mobilisation path that saw a first step yesterday is the necessary anti-fascist response to the return of the Nazi and squadrist threat in our cities and our country. We have taken the first steps towards adapting our practices to the warnings of a new type of Nazi-fascism produced by the conditions of the phase we are living through and the precipitation of the interim-imperialist clash underway. Everything that has been happening in Bologna since 23 April, i.e. since we received the first intimidations, must be read in the light of an international framework that has accelerated exponentially in recent months with the Russian invasion of Ukraine, bringing to maturity processes that had been working in the shadows for a long time.

The war in Ukraine, since its preludes, has been actively supported by the European governing forces, which already in 2014 at Euromaidan harangued the militiamen of the Azov army in Kiev’s Maidan Square bringing to the nascent Ukraine ‘the greetings of Europe that believes in freedom and democracy’. The fact that today the European Union is sending weapons to the newly proclaimed Ukrainian ‘new Resistance’, without caring about the ‘moods’ of its citizens and the retaliation of the war in our countries, is neither accidental nor as heroic as one would like to portray it, but the perfect continuity with the policy of recent years, of silencing the war in Dombass, of legitimising the Nazi militias useful to the cause, and of the pro-Atlanticist alliance (needless to recall again the photos of the Azov militiamen with the NATO flag) in an anti-Russian function.

The use of the fascist armed wing by our system does not surprise us at all, as the history of the communists and the class movement tells us very well: it is a recurring element in the class conflict of the 20th century in Italy as well, when the national bourgeoisies averted the class struggle in every form, from financing the squads of historical fascism when the October revolution shook the world and the Red Biennium saw most of the country’s factories occupied by revolutionary uprisings, to the use of fascist massacres using the instrument of the state, such as the Piazza Fontana massacre of 1969, the Piazza della Loggia massacre of 1974 and the Bologna massacre of 1980. What needs to be emphasised, therefore, is that fascism is not just the movement of black shirts and bald heads (certainly not to be underestimated and always to be watched), but represents an involution of the imperialist drift, in order to strengthen itself against an internal enemy (the class forces) or with an external enemy (the competitors in the inter-imperialist competition). This is a danger that is becoming more and more vivid within the structural crisis that our system has been experiencing for decades, which started in 1973 (first energy crisis) and has continued to the present day with the 2008 crisis, the sovereign debt crisis and finally the covid: today we also have war. A system in crisis that is once again driving all of humanity towards the abyss, opening the door wide to the forces of reaction and barbarism.

Historical memory and a correct reading of our present must show us how concretely fascism manifests itself today: today the paramilitary militias in Ukraine, the ‘state within the state’ of the Azov battalion, and the intermingling with government forces and the imperialist NATO structure have been used to control one of the most unstable borders in history, the eastern border. The eggs left in the east by the imperialist forces are slowly hatching, showing the danger of the snakes that are returning from them.

We are called upon to sharpen our weapons, practical and theoretical, in order to catch up with a reality that is proceeding in giant strides and is polarising to such an extent that today our class enemy has compacted, on the side of war and weapons, taking the Nazi camp into its fold. We must field an anti-fascist response that is equal to the historical challenge posed by the construction of a Black International – which has its theoretical and military basis precisely in Ukraine, and which links with a black thread the Nazi-fascists throughout the West – and the danger of war or nuclear devastation of all humanity.

We would like to emphasise that this legitimisation also goes through the fascists at home, who have been accustomed in recent years to their usual torchlight processions of (false) memory, but are now slowly trying to gain ground. In the neighbourhoods and universities where our comrades live and carry out a political and anti-fascist intervention, in the ports and warehouses where the work side by side with the class unions shows us an increasingly worrying employers’ and fascist retaliation: it is from reality itself that we see the dangerous clearance that is allowing a return of nazifasism, from Celtic crosses on the walls to attempts of sexual violence in the city centre.

Yesterday was the first step in this direction, thanks also to the antifascist solidarity of comrades from many cities in Italy who showed us militant closeness: if they touch one they touch all, because a comrade who has suffered an attempted rape will never be alone. Everyone was in the square, the working men and women, the male and female students, the young people from the working-class neighbourhoods. There were all the anti-fascists who today, as yesterday, know how to recognise the right side of the barricade.

It is our duty today to multiply the mobilisations against the war and against NATO, keeping militant attention high against Nazi regurgitations and against historical revisionism. Let Bologna be a first example of an anti-fascist embankment that we must equip ourselves to build and practise throughout Italy. 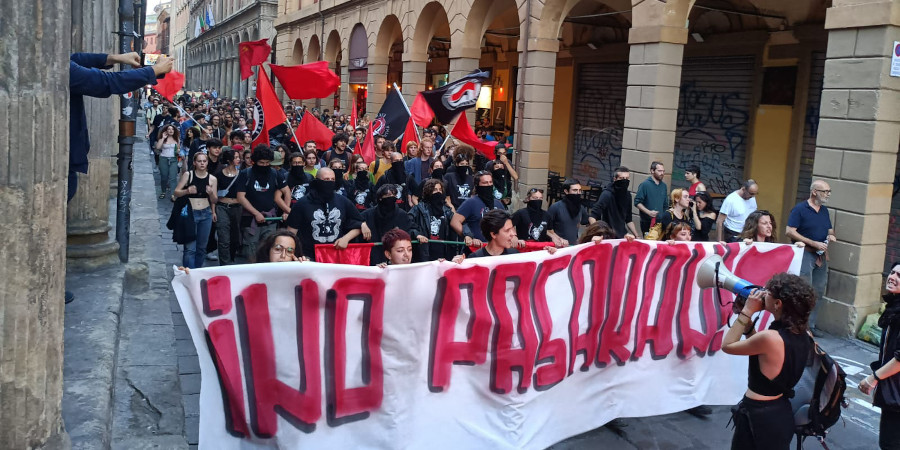 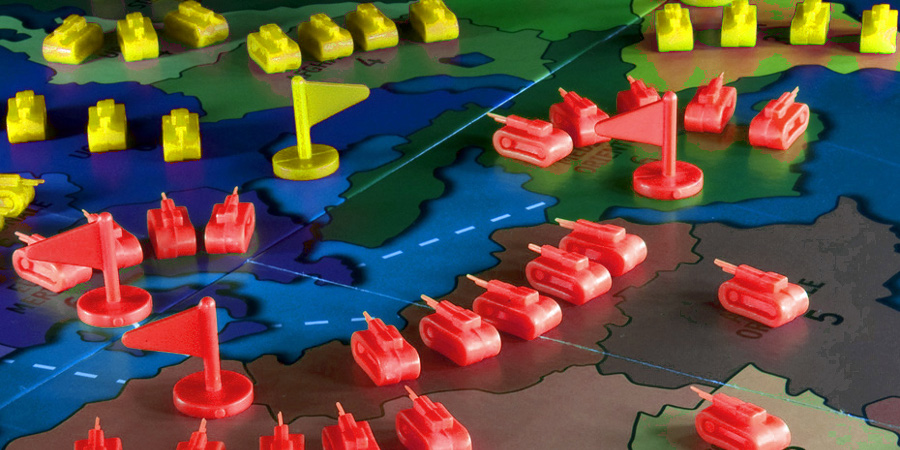 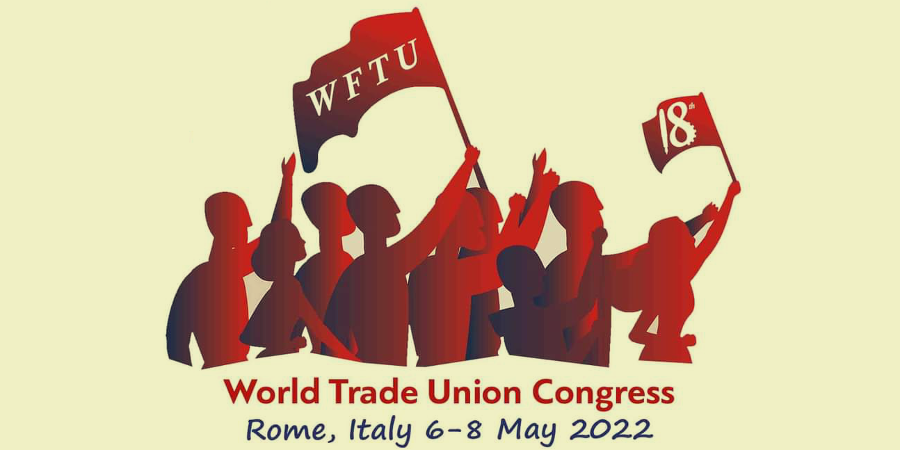 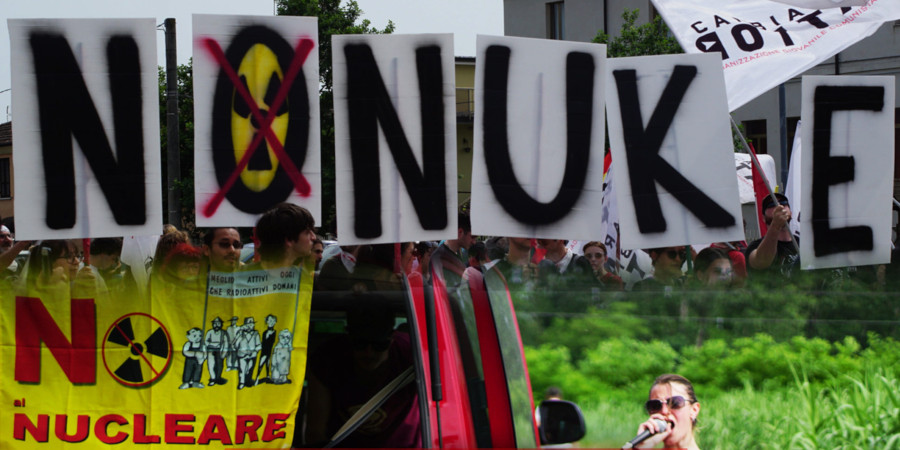 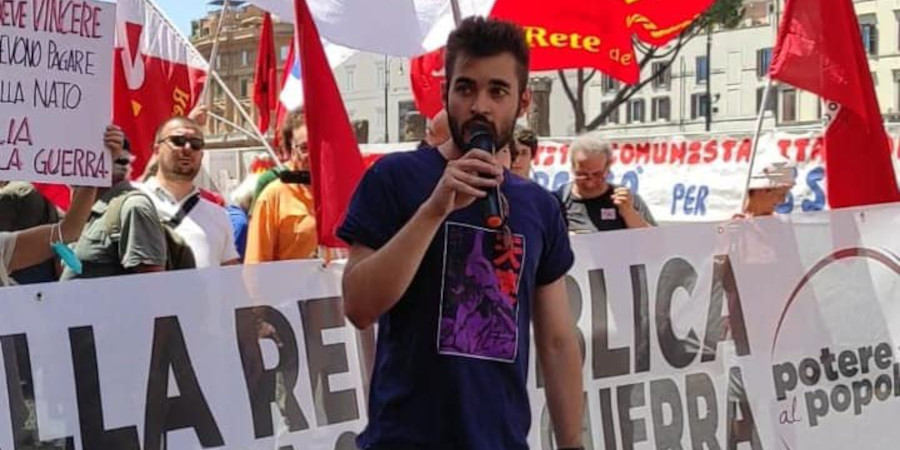